We moved to the ghetto to give our family a better life.

Ten years ago, we moved to Englewood, a neighborhood on the south side of Chicago, an area that has been notorious for crime, drugs, violence for decades. If you’ve ever watched a national news story about the violence in Chicago, they, most often, are referring to the community where we live.

In fact, most people who grew up here have a clear goal when they become upwardly mobile: to escape. But not us. We came here when everyone was leaving.

The home, situated in the midst of an urban crime headquarters, had bullet holes in the back door when we moved in. It was livable, yet on the boundary of some feuding gang lines. Why on earth would college-educated suburbanites do this?

I’ll tell you why: financial freedom.

Recovering from a Slow Start

Before you judge me and our family’s decision. Let me tell you about what led up to this decision and how it ultimately panned out for us.

I’ll have to go all the way back to college. Both my husband and I did pretty much what every Gen Xer did: signed on the dotted line for thousands of dollars of student loans and free credit cards.

Needless to say, neither of us knew much about managing money. Student loan bills and credit card debt mounted for both us. It wasn’t pretty at all. Between us, we’d already amassed $60,000 in debt.

My husband didn’t ultimately get his degree but still ended up getting a good job a few years after his first semester in college. I did get a degree but was set on being an entrepreneur and only lasted about a year in corporate America.

Incorporating a business at 24-years old was one of the smartest things I did as a dumb youngster, but the money didn’t come rolling in right away and it was years later before we became debt free.

Though my business model had morphed a few times before making much money, it gave me a chance to do freelance work and consulting with the tax benefits of business ownership. It laid the foundation for a successful venture I would start a little later.

When we started dating, we discussed the debt we thought we had. The only problem was that hubby underestimated his balances by about twenty thousand dollars!

I gave birth to our first child within a year of our wedding. One look into her eyes and I knew there was no way I could put her in daycare. I had a strong conviction about staying home with her so that she would have the best life possible, but debt would make this very difficult.

Check Out:  The Equifax Data Breach and What You Need to Do

Getting Serious About Dumping Debt

Strangely enough, I stumbled on a radio show where the host talked incessantly about living a debt free life. This man was Dave Ramsey.

After listening to him for a while, I picked up a copy of the book, Total Money Makeover. It was exactly what we needed: a system. We learned about the importance of budgeting which comes down to one main principle — spend less than you earn and throw the rest at your debt until you are debt free.

It was simple but it wasn’t easy and truthfully, we didn’t get it right away. In fact, we ended up taking on even more debt at one point. For example, we decided to finance a $30,000 luxury SUV (which I still drive) and I started a business with credit cards with no clear, immediate path to profitability. As you can imagine, that business flopped but the credit card debt (about $20,000) remained.

Even after these mistakes, I continued to side-hustle from home and work hard at turning my business into a profitable venture. Eventually, I began a database consultancy, which was akin to hitting the income lottery — it would become much easier to pay off debt much faster, now.

When we finally decided to get out of all of our debt (for real) we upped the ante and went full Monty. We made a budget that we bound ourselves to and decided to not use debt anymore.

In fact, we even said that if we were to ever buy a house, it would be without a mortgage. People thought we were insane making bold, outrageous declarations like that.

The funny thing is that when we ruled out debt, things actually came to us without debt — houses, cars, vacations, etc. Now you are probably wondering, “What this business about houses (with an ‘s’) without debt?”

Well, I’m glad you asked. This is exactly how we ended up moving to the inner-city and paying off over $120,000 of debt.

Moving to the Hood for a Debt Free House 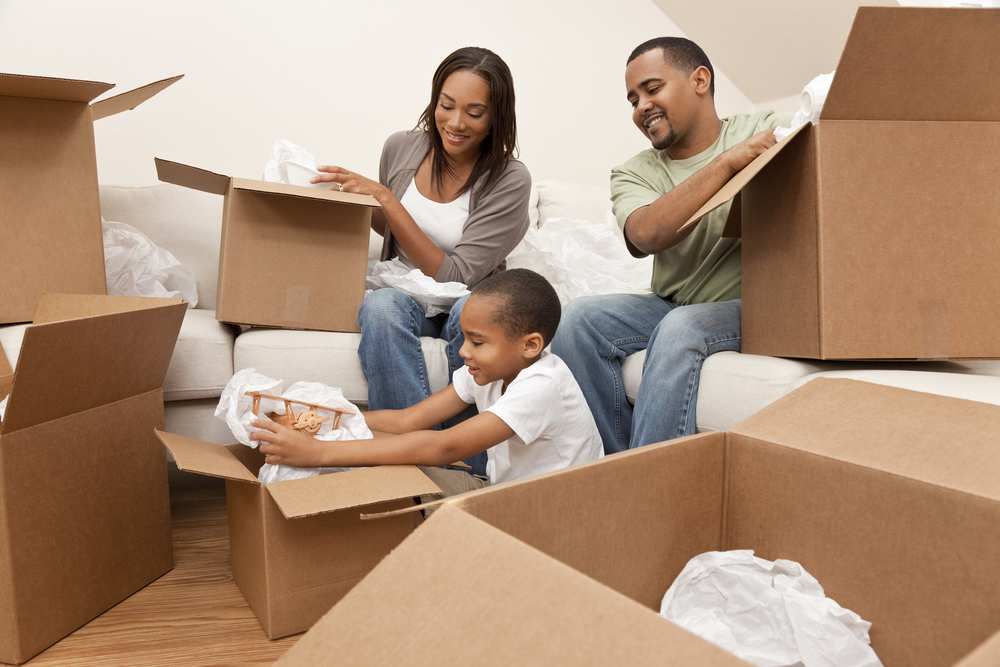 While we were deep into our journey to debt freedom, a relative approached us with a proposition. They had inherited a house in Chicago, aka the “hood”, but weren’t interested in moving there. The market value would have been almost too low to justify fixing it up and selling it. They asked if we wanted the house.

At first, my husband and I agreed, “Um…yeah…no.”

But after we declined the offer, I could not get the thought out of my mind. What seemed like a dangerous, irresponsible situation began to look like a real shot at debt freedom.

I began to imagine what we could do without a house note or having to pay rent. I calculated scenarios in my head and the more I ran the numbers, the more it made sense for our family.

Check Out:  The Accredited Investor: What It Means and The Opportunities it Unlocks

Freedom from debt sooner rather than later would mean saving more, living more and giving more. The lure of debt freedom got more intense with each passing day.

Finally, I talked to my husband about the numbers. He was kind enough not to say, “I told you so.” We took the offer for the free house and decided to settle down in the “hood.”

Our New Life in the “Hood”

The home we accepted was not in bad shape but needed cleaning and some minor improvements like a new room, carpet for the top level and an entire kitchen remodel. (It actually needed much more but that’s what we could afford at the time.) We decided to use cash for these things, so it took us about a year to renovate the house and clean it up.

When we first moved in, it was a real shock to us as suburbanites. It was loud. The house, located on a main thoroughfare on the city’s south side, was subject to the constant sound of fire trucks and ambulances. People yelled and argued in front of our home and in the alley out back. Dogs barked all night.

We looked at each other the first night there and said, “Did we do the right thing?” It was an adjustment but we stuck it out. 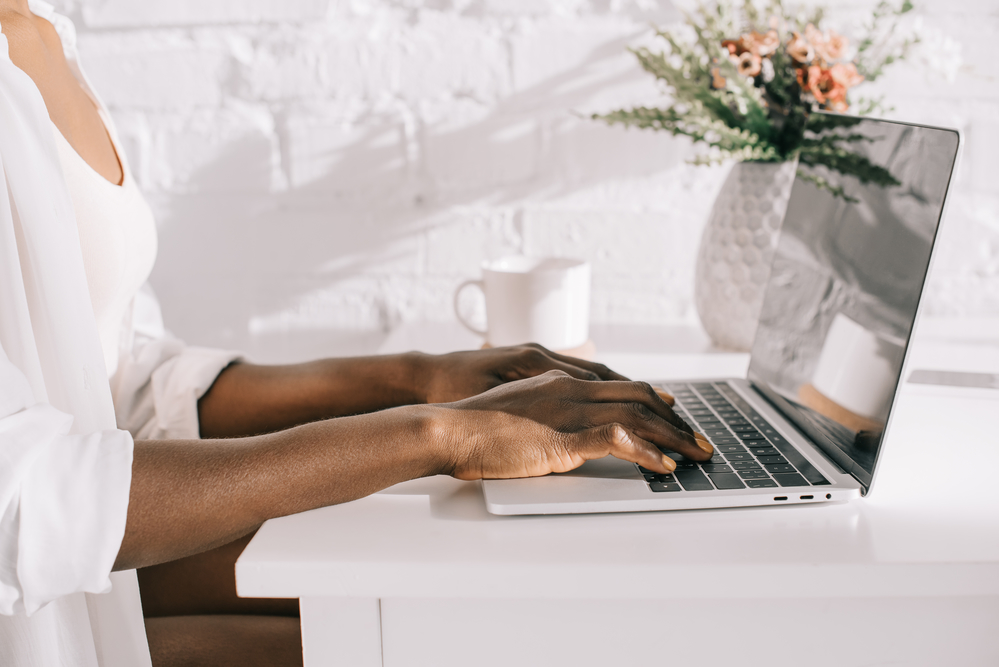 About 3 years after moving in, we paid off the last of our debt and became debt free. With income from my consultancy (no credit cards this time) and strict budgeting, we were able to expedite our debt repayment.

There were times that we were paying upwards of $2,000 or $3,000 a month on our debt. It was exhilarating and we eventually made our goal of becoming debt free.

There were hiccups, though. Like the time someone vandalized our air conditioning unit for about $7 worth of copper and rendered it useless. We were getting quotes of $3,000 to $5,000 to fix it. It was the summer and our nation was experiencing a serious heat wave.

I asked my husband, who is a letter carrier for the post office, “Do you want to fix it or continue paying off debt?” My boo came through, “No, let’s pay off debt.”

Then, we had a leaky roof for almost 4 years straight, which eventually took four contractors and almost $5,000 to fix.

Today, we still live in the “hood” and recently acquired another home here with cash. I only use this term so people can understand the magnitude of what we did to reach our goal of becoming debt free.

Being from the suburbs made this a totally jarring experience for our family but we made it through. Fortunately, we’ve actually put down roots here and are now very active in a community we adore. We never expected to end up liking our neighborhood and staying but we did.

Check Out:  The $2 Trillion US Stimulus Bill and How it Benefits You

Well, inexpensive housing frees you up to do things you enjoy like community activism or extensive travel. We are also able to homeschool our girls who have very active careers in the entertainment industry.

They actually get paid to act and perform voiceover gigs. Living on the South Side has its benefits. We are incredibly close to dozens of sound studios and casting agent offices where they audition and perform gigs.

Between them, they’ve made tens of thousands of dollars as union actresses. Their college (and probably their first home) is already paid for. If I had to work a job to cover a mortgage or tons of debt, none of this would be possible.

We’ve also been able to save and invest more while starting a real estate and AirBnB business — both things that would not be possible if we were still drowning in debt.

To top it all off, our community is better for families like us coming here. You might think, “Gosh, you are so special for doing that brave thing.” But there are other families here just like us — collapsing under the strain of the “American Nightmare” and yearning to be the change in our blighted communities that they hope to see. Crime is down while government infrastructure improvement and commercial investment here is up. It’s inspiring.

For those of you wondering if you could ever get out of debt or attain financial freedom, I want to encourage you that you can and let you know that it’s worth it — to change your family tree and your community for the better. While we wait around for some politician to save us, we’d do just as well (if not better) to save ourselves. This is one way to start.

Here are some tips for getting out of debt based on my experience getting rid of $120,000 in debt:

Everyone might not get offered a free house or consciously decide to live in what seems to be a dangerous neighborhood, but everyone has the ability to make drastic changes to reduce their expenses. Becoming debt free has radically improved the lives of myself and my family.

What have you tried to reduce your expenses and become debt free? Leave a comment and share with the community.

Aja McClanahan is a speaker and writer who recently authored the book, Manage Your Money to Become Debt Free. She also writes regularly on her blog www.principlesofincrease.com on topics pertaining to personal finance, entrepreneurship and building wealth. 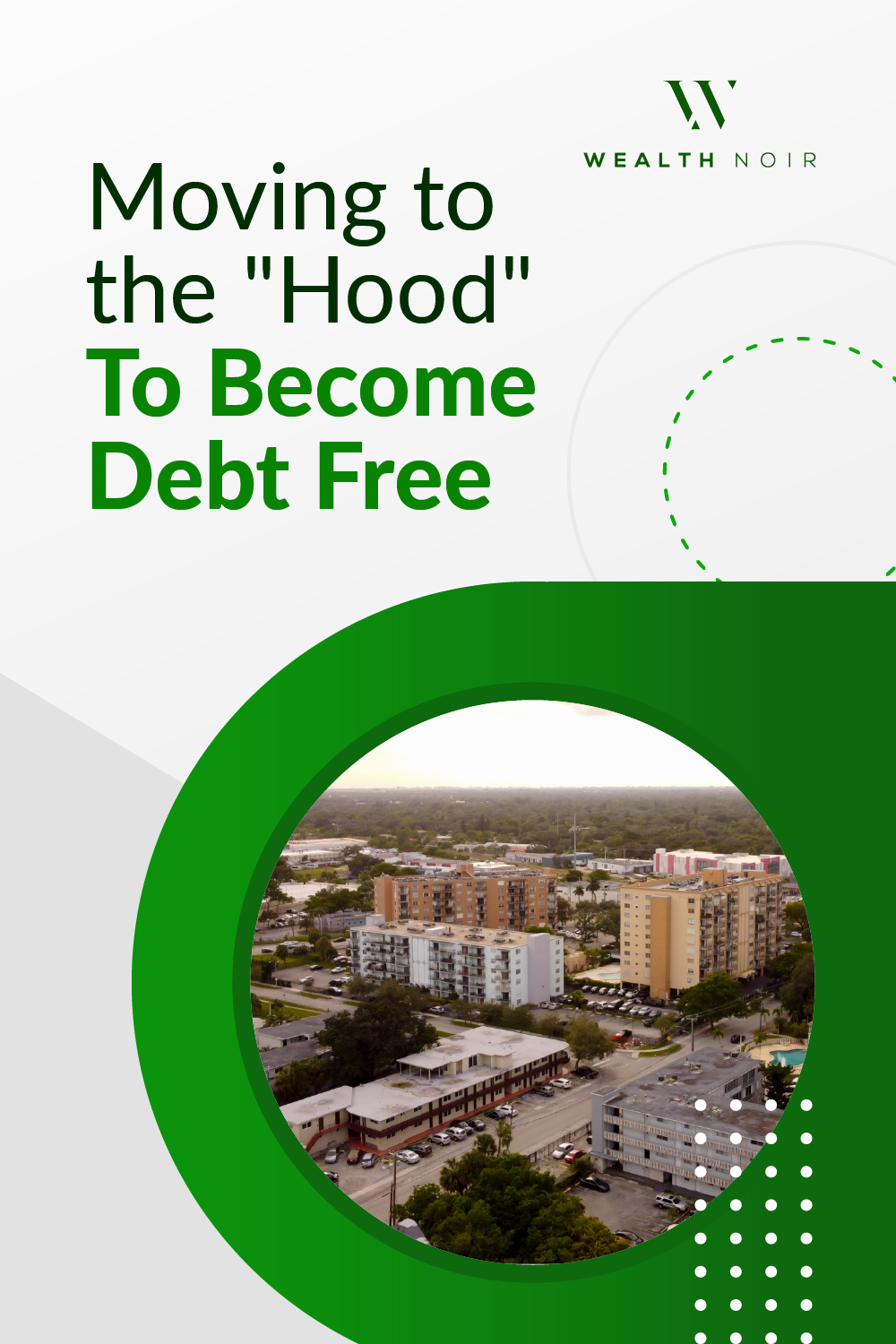