I’m all about achieving financial freedom. It’s been a driving force in my decisions for most of my life and starting Wealth Noir.

I have studied, worked, calculated, saved and invested in the hopes of reaching the magical state of financial freedom. It goes by many different names and its definition is widely debated, but you know it when you see it: early retirement, financial independence, FIRE or just freedom from the shackles of work.

But, since nothing comes for free and financial freedom requires sacrifice… is it worth it?

What is Financial Freedom?

A friend once asked me about financial freedom and my journey, right before I moved to Valencia, Spain, from Oakland, California.

Friend: So, are you financially free? That’s what Wealth Noir is about, right?
Me: To be honest, I don’t know.
Friend: [In that “your friend is trying to clown you voice”] You! You don’t know! But I thought you calculated your net worth and made some models n sh* and had it figured out.
Me: I did. I do.
Friend: So how don’t you know?
Me: Well, if I cut our family expenses down to the bone, I mean like a $25k a year budget for the entire family, then yes. No one would have to work ever.
Friend: $25,000, for an entire family! That’s impossible.
Me: No, there are people doing it now. It’s not easy, but doable … and definitely not here in Oakland.
Friend: So is that the plan for you? To get to $25k a year?
Me: F* no!

Financial freedom is simple at its core: having the ability to support your needs (and your family’s) without having to work a job. It can be defined as when:

The added caveat is you need to be able to do this every year for the rest of your life. It’s not real freedom if it’s temporary (temporary freedom is a mini-retirement). The accepted safe withdrawal rate is 4% from your assets in retirement. This means when you have 25 times the yearly amount you need to live (e.g., $50k a year from savings needs $1.25 million saved), you can consider yourself free. No additional income is needed to support your lifestyle. This 25-times expenses number is your “freedom number.

For the passive income, this impacts your yearly expenses. If you have 5 rental properties making $25,000 a year, then you would only need $25,000 a year from savings to live a $50,000 a year lifestyle. In this case, it would cut your freedom number in half. 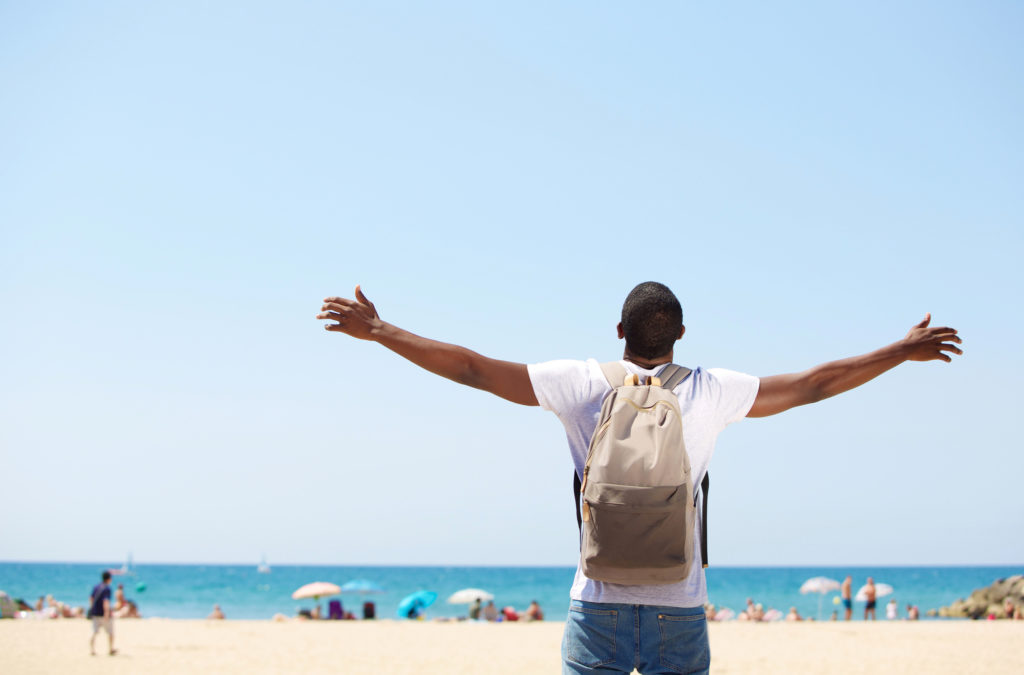 There are only three components to reaching financial freedom:

All three actions need to be combined to reach financial freedom. However, the choice of which action you prioritize will define your journey to financial freedom and determine the sacrifices needed to get there.

As for me, I have no interest in a $25,000/year life. I enjoy work that is fulfilling and rewarding and the effort is worth the extra luxuries it affords me. I’m team Fat FIRE.

Lean FIRE. vs. Fat FIRE: How Hard Do You Ball after Becoming Financially Free?

FIRE is the official battle cry of the financial freedom movement. I’m not talking about a failed concert in the Caribbean either.

FIRE stands for “Financial Independence, Retire Early” and has gained a lot of popularity over the last few years. It’s a growing community of individuals who are not interested in working until they reach 65 in order to retire.

The great thing about attaining financial freedom is you can do what you want when you get there. Some choose to do nothing but watch Netflix while others want the flexibility to start a business around their passions and have control over their time.

When it comes to FIRE, there are two different camps on what it looks like and how to achieve it. Both focus on the same goal of reaching financial independence, but take different paths to get there.

Folks who are team Lean FIRE focus heavily on cutting costs to the bare minimum. While working, you save and invest heavily, up to 50% or more of your salary. This allows you to build your net worth quickly and significantly reduces what you need in the bank in order to hit that 25x freedom number.

The Lean FIRE movement is all about reaching FIRE as soon as possible and accepts that we just don’t need as much “stuff.” Hopefully, you know that saving more is the key to wealth, but Lean FIRE goes hard. Going Lean can mean difficult cuts like:

However, there are clear benefits to the Lean approach. It works for all income levels and doesn’t require as much time and effort to reach wealth milestones since the freedom number is much lower. It also leads to a life less complicated by consumerism and material goods.

The biggest benefit: it will lead to financial freedom quicker, especially for high-income earners who can save large amounts quickly. Someone earning $150,000 a year could put away $100,000 a year and reach the $750,000 mark after only eight years of saving and investing.

If you are addicted to balling and a certain lifestyle (aka me … kind of), then the Fat FIRE camp is the better option. It focuses on building wealth and passive income to reach the higher freedom number needed for those who want to live on a bigger budget.

Cutting expenses is still important for Fat FIRE. Investing is also important to growing your wealth, however, investing is impossible if all income your income has already been spent. It takes money to make money, and the more you can bring to the table, the more you’ll get back.

Compared to Lean FIRE, Fat FIRE focuses more on building the assets and passive income needed to reach a much higher freedom number. Because the freedom number is much higher, and amassing wealth isn’t easy, the Fat FIRE camp will work harder and longer to reach the same goal. It may take an extra 10 years of investing to reach Fat FIRE goals.

Those pursuing Fat FIRE will face a different set of sacrifices. While they will need to manage their budgets, they won’t have to give up much in terms of things and experiences. Maybe it’s Nike instead of Gucci, but not Wal-Mart brand.

So, Is Financial Freedom Worth the Sacrifice?

To get to financial freedom, I’ve definitely made some sacrifices.

Deciding to amass wealth and pursue financial freedom started out as the ambiguous lofty goal of “being rich.” However, when I finally got serious about my financial goals, I got serious about the work needed to get there. My goals are ambitious. In addition to comfortably retiring early, I want generational wealth. I want to be able to pay for my grandchildren’s college education.

After blindly pursuing wealth without a true purpose for a long-time, I now make it a habit to assess the goals for my life and family against the sacrifices I make for financial freedom. Periodically, I re-assess and adjust my goals based on the sacrifices needed (for example, I cut owning a private jet from my life goals list, but buying an island is still on the table). Following are some examples of the key sacrifices I make to achieve my financial goals.

If I think about all the time, effort and stress I have gone through to build and grow my wealth, it’s been like having a part-time job for the last decade and a half (sometimes it was literally a second job to increase my income). There have been countless hours spent reading, watching videos and talking with others about personal finance and investing to ensure I have the knowledge to reach my goals. Then there is the much less sexy work of checking my accounts, looking for investments, managing my rental properties, analyzing my spending and updating my budget, and regular accounting tasks. Time is the most valuable asset we have, so I don’t sacrifice it lightly. Time spent on building wealth is time away from my wife, my son, my friends and my video games. I’m able to do them all, but I would have much more time if I wasn’t so focused on financial freedom.

I’ve been effectively making money part-time for over a decade – Wealth Noir isn’t my first company. Whether it was my previous dating and relationship blog, my consulting business or managing several rental properties, I’ve been spending nights and weekends outside of work to make extra money for longer than I can remember. It hasn’t always been easy, but the extra income and knowledge has helped make me the person I am today.

Check Out:  7 Ways to Prevent Identity Theft and Fraud 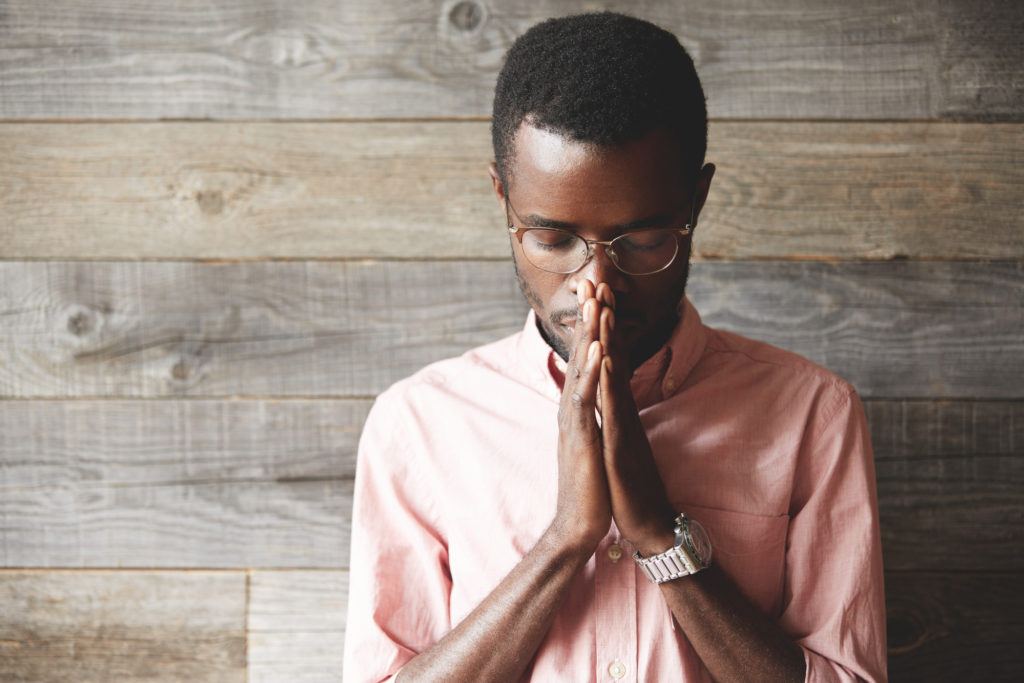 When I had very little, I didn’t worry much about losing it. When my net worth was negative (due to student loan debt and losing over $100k in real estate), losing some money when the stock market corrected didn’t matter. But after turning my finances around, I’ve lost from $10,000 in a week on market movements to as much as $50,000 when things got crazy. You learn resilience and to trust the long-term gains, but it stings every time.

Having fewer things than my peers

After a few years working in the technology sector, I found working at Facebook and earning more than I ever had in my life. The total compensation from my last job was more than five times what I made when I first graduated college. But, I generally had an older car, a smaller apartment, and experienced fewer five-star hotels on my vacations (although travel hacking helps), than my well-compensated coworkers. And while one friend purchased a Jaguar and a Lamborghini (I’m still a little jealous), I rode around in my used Audi and had to settle for feeling good about staying focused on my net worth. I sacrifice today to have more tomorrow.

Moving abroad to lower my expenses

I know it sounds sexy to say “I live in Spain,” but a lot of the move was motivated by my desire to find a cheaper place to live for awhile. There were other cities and countries I liked more, but Valencia gave me the opportunity to lower my living expenses more than others. It was a lot of work to move my entire family to another country, but having an opportunity to get us closer to our goal of financial freedom made it worth it (it was also part of the reason I could afford it, too). I now pay about a third of what I did in Oakland for a bigger house, great daycare and many many more vacations per year.

Is FIRE Right For You?

Despite all my sacrifices and with the understanding that everyone values things differently, I do think financial freedom is a good fit for everyone.

But, can you really put a price on freedom? I don’t worry about not making rent, not being able to eat, or having to go without the things that are very important to me because of a lack of money. That feeling is somewhat indescribable and has been well worth the effort to get there … and I’m not even fully there yet. I can only imagine the feeling when I can officially declare myself financially independent.

Leave us a comment with your thoughts on why financial freedom is worth it or not and let’s talk.