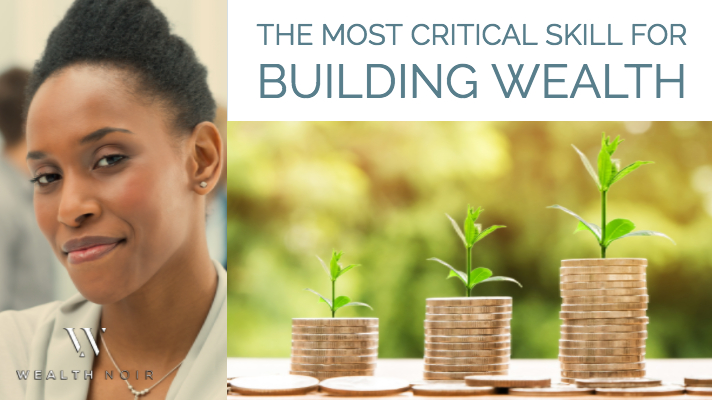 As you can imagine, I get a lot of questions about money.

In a given month, across email, text and phone calls from friends, family and the Wealth Noir community, I hear a lot of questions about personal finances and building wealth. They range far and wide in their level of complexity and different aspects of wealth building.

But there is one question that comes up time and time again. It comes from those struggling and from those already making $200k a year. It comes in many forms, but at its core, it’s always the same.

“How do I build wealth?”

One thing I always say about personal finances is that it’s called personal for a reason. The way I build wealth may be different than what will help you build wealth. While real estate makes sense for me, buying bonds may be all you need. While I might work harder to maintain a certain lifestyle, hardcore frugality may be your key to early retirement. But, there is one place I tell everyone to start. There is a critical skill all must master to build wealth.

I can’t tell you how much people hate to hear this and are quick to disagree. I’ve really heard it all at this point.

“How can I save if I don’t have more money first to start saving?”

“Saving? I said I wanted wealth!”

As much as you want to fight it and doubt it, saving is a core skill that all people who have built their own wealth have. And while it is easier to save when you have more money, it’s also easier to spend.

The Millionaire Next Door is one book I can’t recommend enough for anyone getting serious about building wealth. The authors actually talk to many millionaires to understand how much money it takes to become a millionaire and what the lifestyle of a millionaire actually looks like, instead of the Gucci and Bentley lifestyle we mistakenly believe. 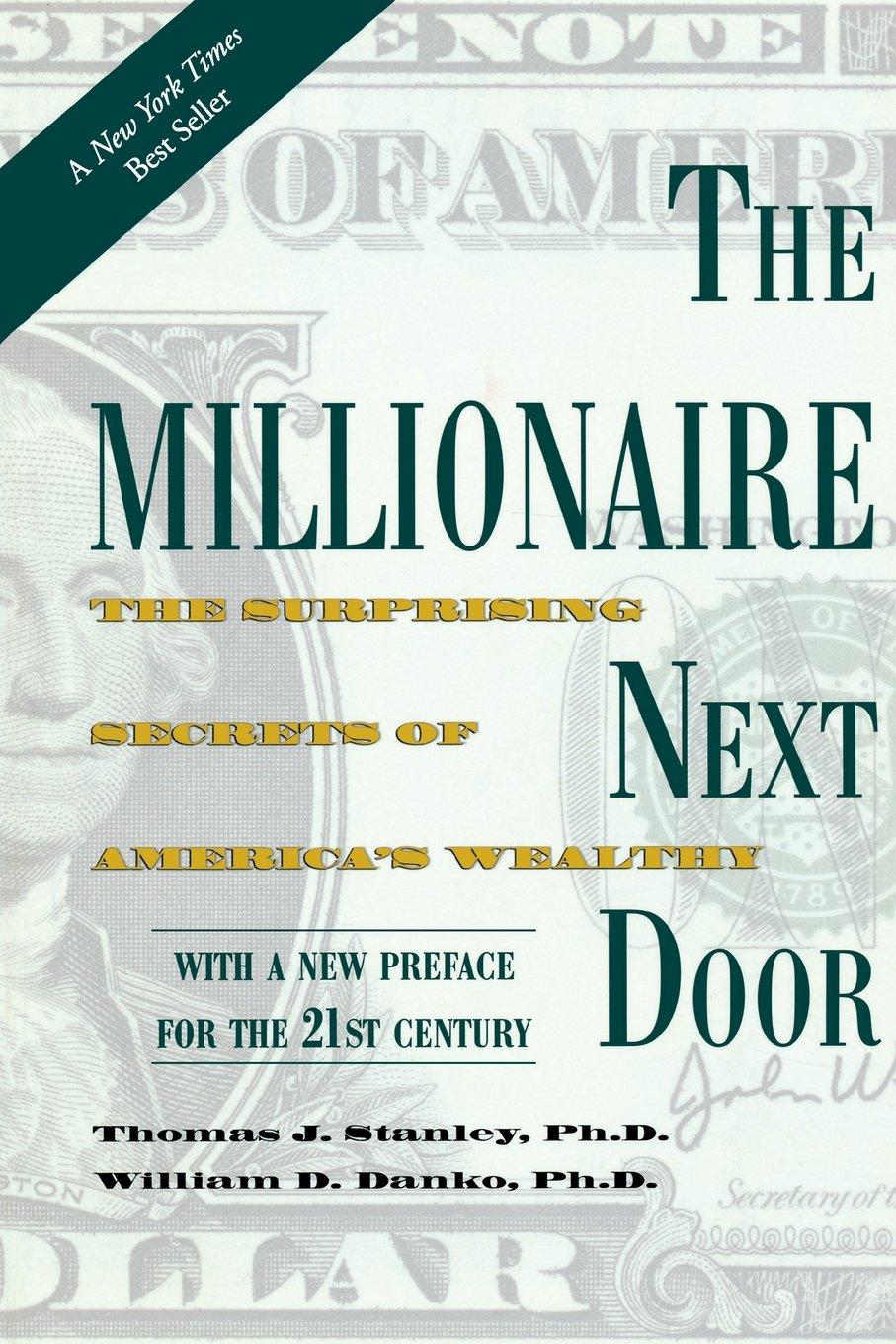 They quickly group the millionaires into two main groups.There are Prodigious Accumulators of Wealth (PAWs) and Under Accumulators of Wealth (UAWs), with PAWs worth two times their expected wealth and UAWs worth less than half that. The groups aren’t based on total net worth, but how much they had compared to the expectation, given salary and age.

Check Out:  Is Your 401k Enough to Build Wealth?

What was shocking to me was the stories of doctors, lawyers and others earning $400,000 a year, but were UAWs. As you read through the stories, you understand exactly how excessive spending and an inability to save and invest can ruin your net worth and your chances of becoming a millionaire.

Earl, a humble parking lot attendant, has a net worth of about $500k, even though he hasn’t earned more than $12 an hour. In addition to this, he has paid off his house in full and holds no credit card debt. He’s been building wealth for a long time on a small income and saving was the key.

This video makes me sooooo happy. I’ve watched it a few times, just because it really shows how easy it is to build wealth if you make it a priority and focus on saving. I personally love that his dyslexia motivated him to get serious about saving and investing.

Earl didn’t hit some lucky stock pick. He didn’t start side hustling. He didn’t become a real estate mogul (although that’s my thing). He didn’t put together complex derivatives. He just saved, bought stock and repeated.

Earl did teach himself the basics of investing and how to buy stocks. That’s it. The key was saving and letting it grow. Something anyone can, and must, do to build wealth.

Since I like to play with excel in my spare time, I wanted to see if the numbers really worked out. So, I put together a little model in excel to test it. I made some assumptions about Earl:

Check Out:  A Landlord’s Guide to Finding and Managing Property Managers

Now, let’s see how my simplified Earl made out in 40 years. 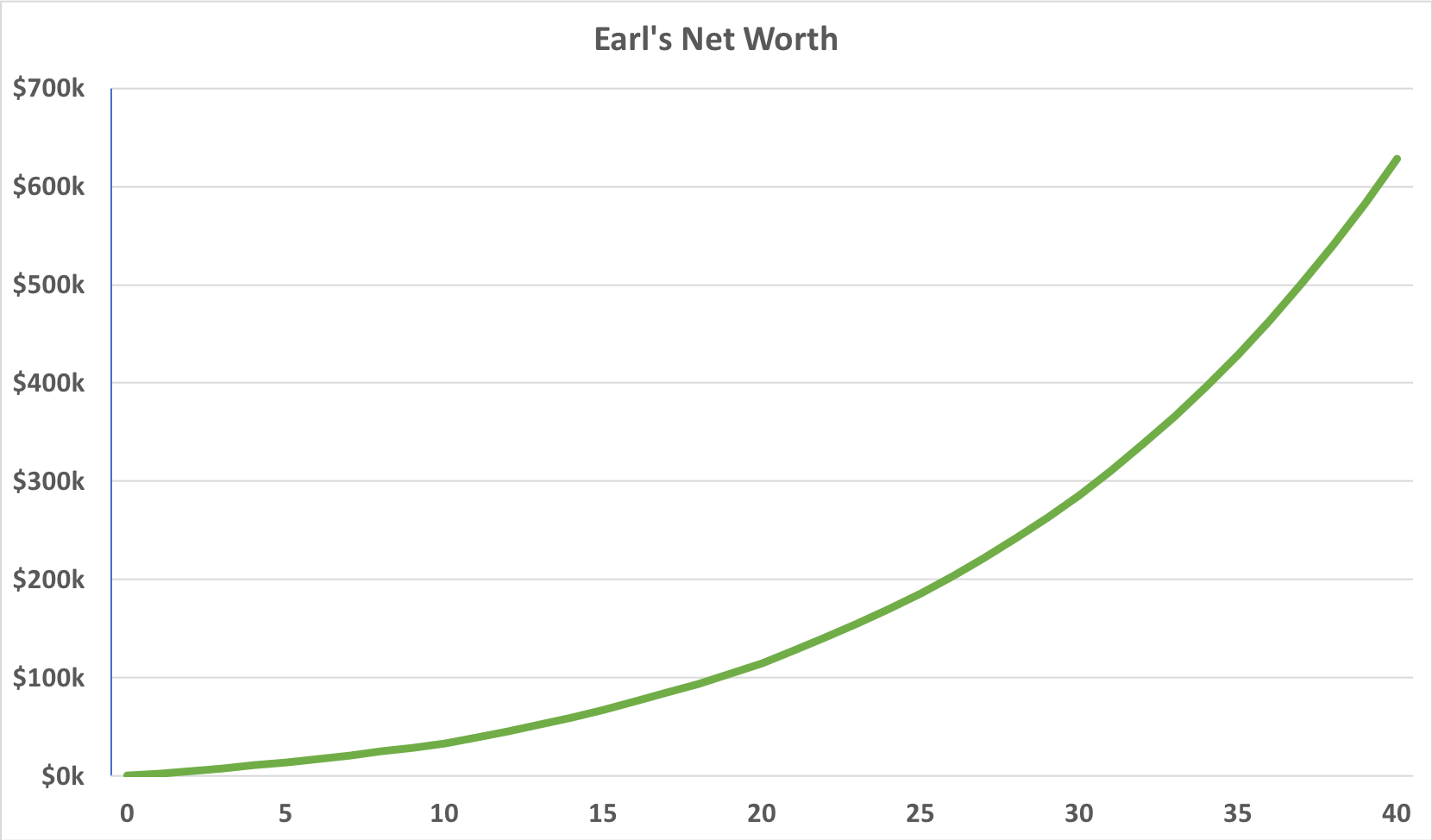 The point is simple savings make a difference. Earl didn’t have a lot, but he saved and invested and kept doing it. If Earl had earned $24 an hour instead, with the same plan, he would have $1.25 million after 40 years.

Is there really any reason you can’t be a millionaire?

Living paycheck to paycheck while earning $500k a year

If you spend all your money, you don’t have any to save and invest.

Financial Samurai talked to a couple in New York earning a combined $500,000 a year, yet live paycheck to paycheck. When people hear the headline, the natural reaction is “that’s impossible” or in my case “they must have an addiction to gold-plated crack rocks.” But, as he breaks down their expenses and where their money goes, it’s easy to see saving isn’t a priority. 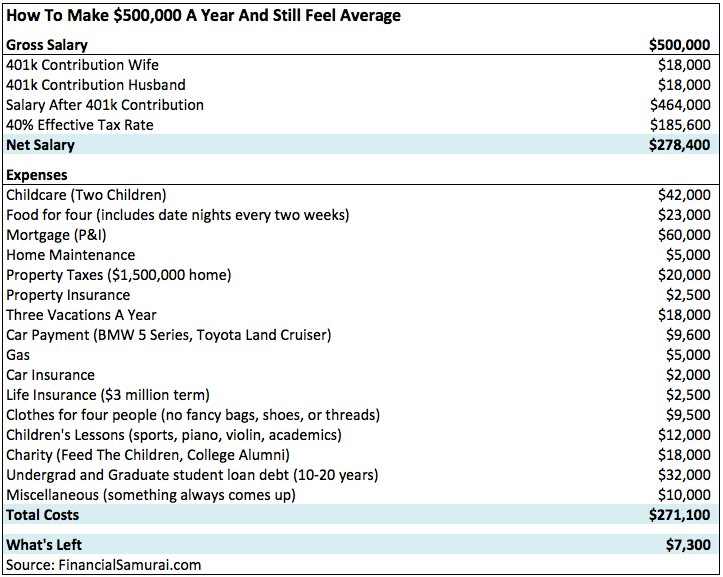 One thing the couple is doing right is maxing out their 401k contributions. At a minimum, they will get $36,000 saved and invested each year in a 401k, but is that enough?.

So when people preach to me that wealth is all about earning more income, I simply say it doesn’t matter if you are spending it all.

Check Out:  The Equifax Data Breach and What You Need to Do

And to top it all off, they just have one BMW 5 series and a Toyota. No M5?

“My wealth has come from a combination of living in America, some lucky genes, and compound interest.” – Warren Buffett

As we saw with Earl, the real way saving builds you wealth is from the impact of compounding interest. The dollars you save today, will turn into many more dollars if left alone and invested, and those dollars will produce even more dollars. It’s a system that builds on itself and just needs commitment and time to work.

So while we will continue to explore different ways to build wealth. From using robo advisors to manage your wealth, all the way to investment opportunities for accredited investors, it all will fail in the end if you can’t consistently save and invest your money.

Have a tip or thoughts on saving to build wealth? Leave a comment, and share the knowledge with the community. 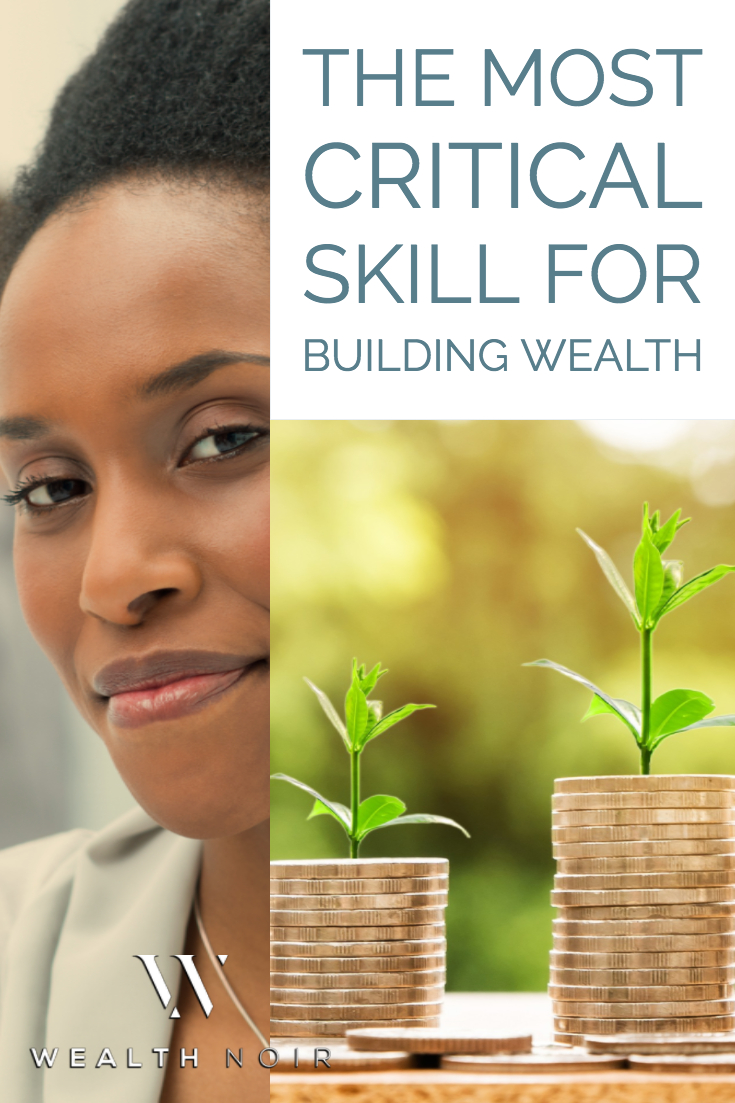 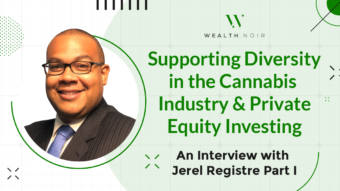 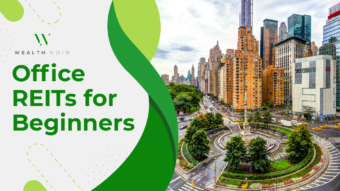 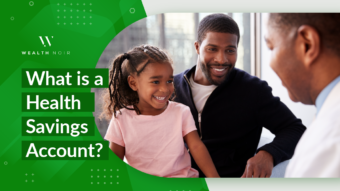 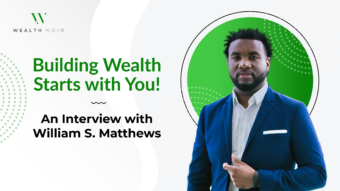 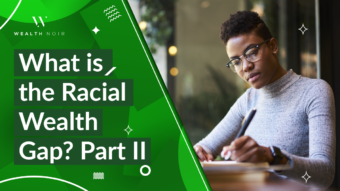 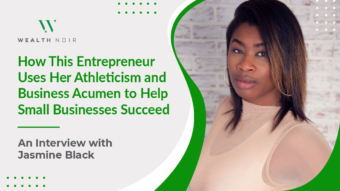 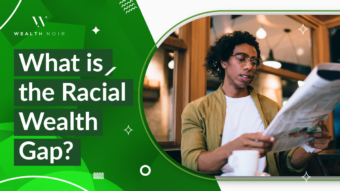